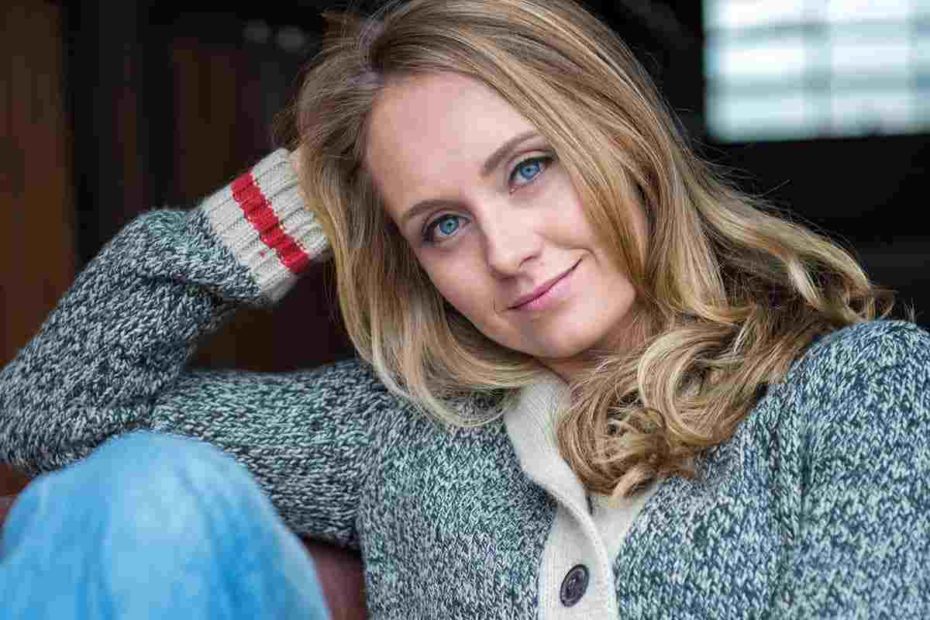 With love for animals and acting, Amber Marshall took it upon herself to achieve success in both categories of her life from an early age.

Did she succeed? Or fail? Let’s find out in this article. Also, her net worth, house, and age are explored here.

When it comes to her acting career, Amber Marshall is well-known in the TV industry as Amy Fleming from the show Heartland.

Why wouldn’t she be? She has been the character ever since the first season of the show, and from the looks of it, she’s not stepping down from being Amy Fleming. 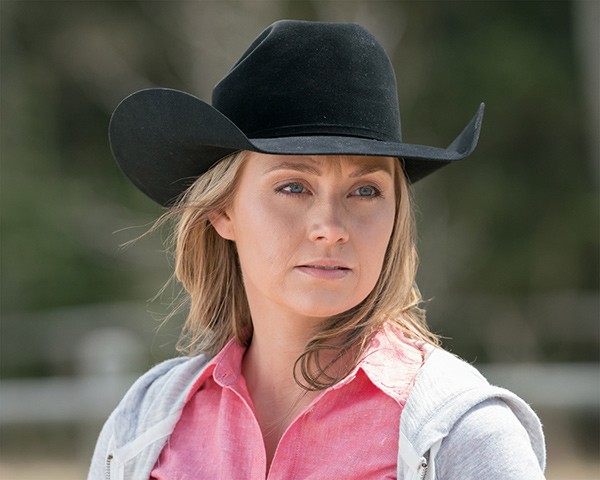 Amber Marshall plays the role of Amy Fleming on Heartland

This role is the dream of Amber Marshall, combining her two passions which are her love for animals and acting. Amber has been playing Amy for 14 seasons of the show, and it seems like she has no plans of stopping.

If you’re wondering how rich Amber Marshall is, you’d be surprised at the amount. Combining her real estate business with her farm and the main lead for Heartland, Amber has garnered an estimated net worth amount of $2,000,000.00.

Like Amy, Amber lives on her ranch with her husband and animals in Calgary, Alberta. She has a 41 capacity care house for older people around Alberta.

An interesting fact about Amber is that she owns a ranch, but she has a variety of animals within the farm. Her animals range from horses to alpacas, and she takes good care of them every day.

Let’s talk about her horses. Horses are greatly significant in Amber’s life. She loves them and spends her day with each of her eight horses. 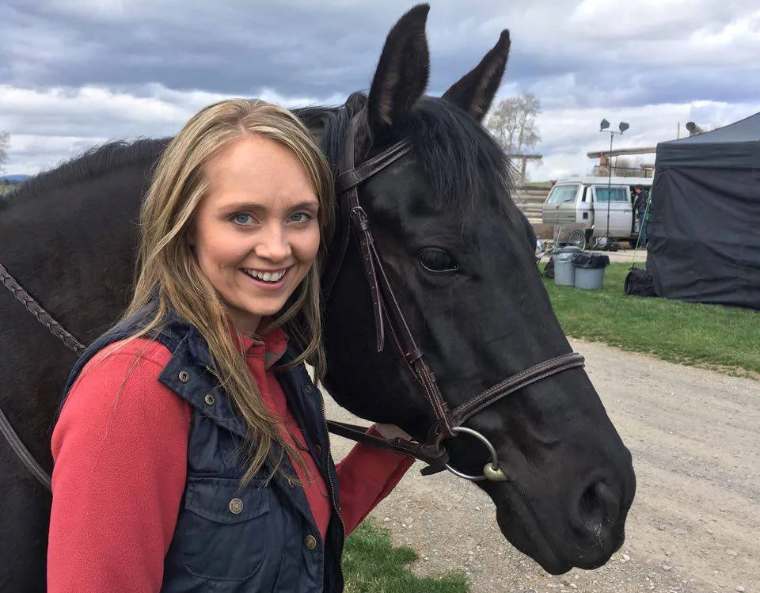 Nothing can separate the love and bond between Amber and her horses.

Love For Animals and Animal Rescue

Even outside her farm and before her show, Amber Marshall already had a soft spot for animals since her early childhood. Now, she currently helps a local veterinary clinic – between her filming of Heartland – tending to animals, primarily dogs and cats, that require health and help.

Moreover, Amber did not stop at local animals. She previously volunteered in a wildlife conservatory center where she took classes to care for other animals such as hawks and falcons.

Up to this day, Amber does not stop tending to animals that need help.

Amber was born and raised in her hometown of London, Ontario. Unsurprisingly, her first goal was to be a veterinarian – but life took a turn. Amber had ridden horses as early and young as she could remember. It sparked her interest and love for animals.

Moreover, Amber already thought of her future as an actress on-screen or on stage.

With the two things she was passionate about, Amber took her first steps in becoming an actress in her primary school, Lester Pearson School of Arts.

Later after she graduated, she attended Original Kids Theatre Company at the age of 11 to fully understand how acting is done.

After practicing in theatre school, she finally had her first television debut in 2000.

After Amber’s education, she made her first debut in Super Rupert in 2000. In the following years, she appeared in different television shows such as Twice In a Lifetime, Doc, Dark Oracle, and later on, in a television film called Christmas Shoes.

Later, Amber was picked as a cast for local films and television shows. These shows are Travel Plans, Mutant World, Good Americans, up to 2020 in Love in Harmony Valley.

But Amber had her big break and most prominent role in her acting career ever, in 2007.

At the start of 2007, Amber showcased her talent and brilliance in acting. The production crew picked her to cast Amy Fleming, a ranch girl in Hudson, Alberta.

Amber and her family can heal horses through their unique ability. Her family built their ranch around the area and called it Heartland. But there’s more that meets the eye. 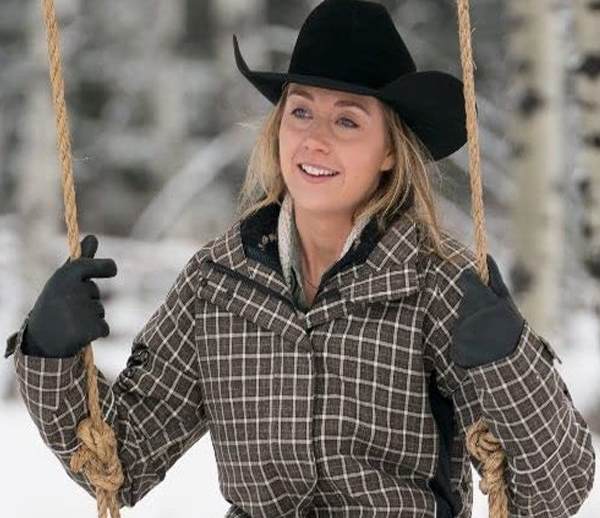 Since season 1 of the show, Amber has given a stellar performance of being a ranch girl who loves animals. This role has given her the ideal set-up she always wanted; being able to show her passion and love for animals and acting.

Amber’s talent and flair in acting are not to be underestimated. She has her milestones and achievements in her acting career, particularly awards and nominations. And even before Amber’s performance as Amy Fleming, she was already a star.

But Amber’s performance as Amy Fleming was probably a spot-on depiction of the character. It was so accurate and well-done that Amber had won an award as Canada’s Screen Star in 2013.

Not to mention, Amber got nominated for Best Performance as an Alberta Actress from the Rosie Awards in 2016 & 2017.

Amber Marshall has dated Shawn Turner, a photographer, from 2010 to their engagement in 2012. After one year of their engagement, Amber and her fiance finally married each other in July 2013. 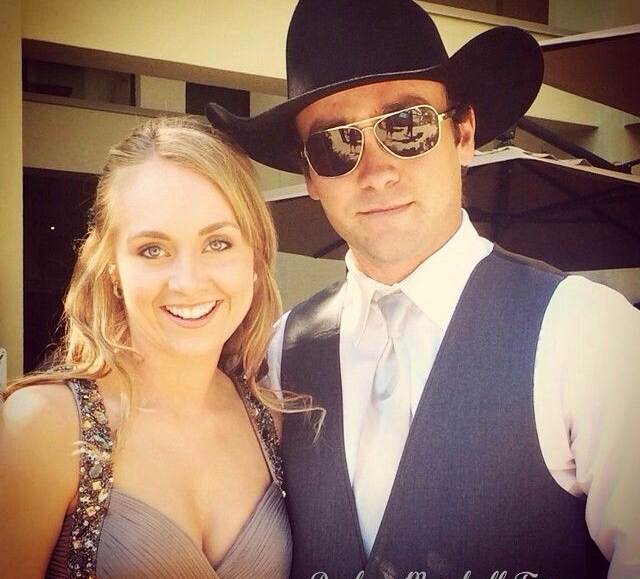 In the meantime, Amber and Shawn don’t have any kids and are not planning to have one soon to focus on their career and business.

What else could we say about Amber’s career and personal life? She is currently living her ideal life with her husband and companion on their ranch. It’s been successful throughout.

Moreover, she loves acting as Amy Fleming as her character is close to what she strives for in life.