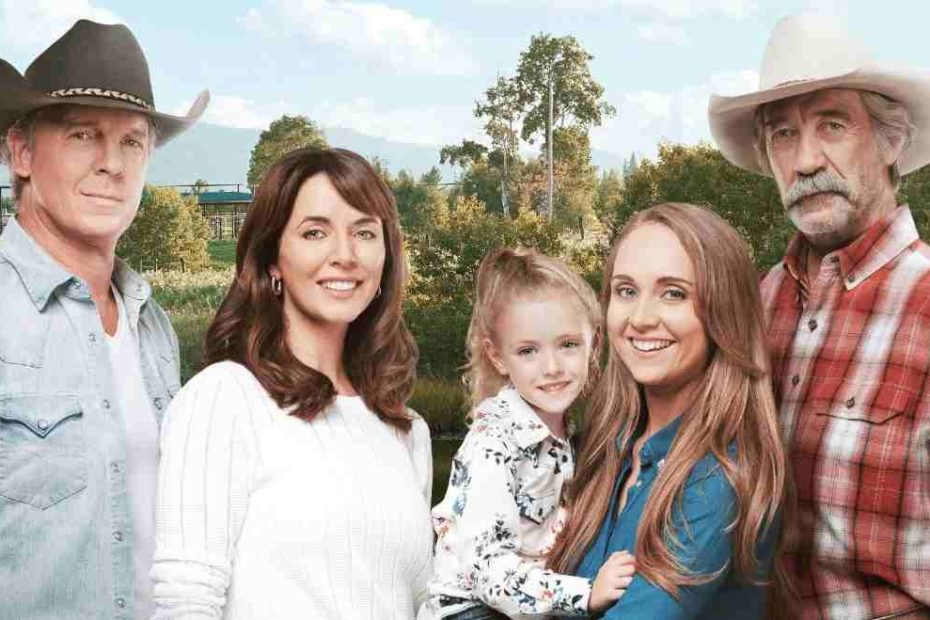 Heartland first aired on Canadian television in October 2007. The comedy-drama series follows the story of Amy Fleming and her family as they go through life’s challenges. It is the heartwarming story of how the family struggles to achieve each of their dreams amidst their adversities. Read this to know the heartland cast.

Amber Marshall is a Canadian actress and singer. She has a lot in common with her Heartland character Amy Fleming because they both love horses. The actress is an equestrian in real life.

Amy Fleming is the main protagonist in the television series. She has inherited a unique gift from her deceased mother, which is the gift of healing horses. After her mother tragically died, she began taking care of injured horses, and soon after, she became known for her healing abilities. 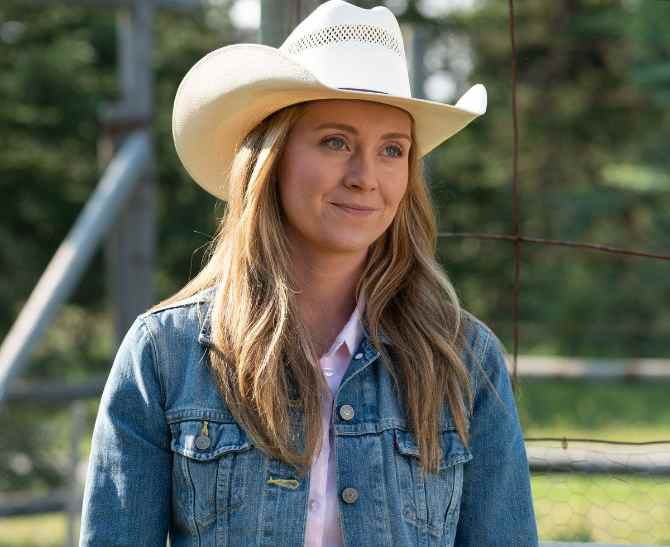 Shaun Johnston is the actor who portrays Jack Bartlett. He is a native of Alberta, Canada, and grew up on a ranch just like his character. Jack Bartlett is the grandfather of the main characters, Amy and Louise Fleming. He is the clan’s patriarch and has lived in Heartland almost his entire life.

The only time that he left the ranch was when he joined the rodeo. He spent a few years competing in the rodeo and is considered a legend. The beloved grandfather of the Fleming sisters is their rock and the one that they turn to for words of wisdom. Jack is now married to Lisa of the Fairfield Stables. 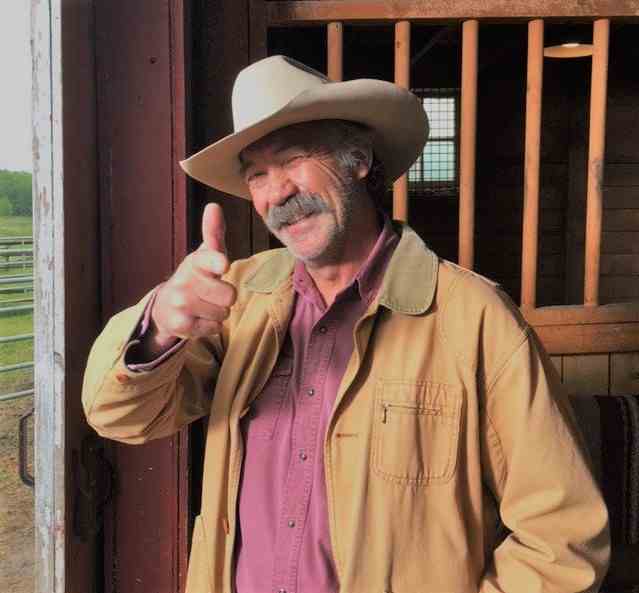 Michelle Morgan is a director, producer, writer, and actress who portrays Samantha Louise or Lou Fleming on Heartland. Lou Fleming is the older sister of Amy. She is married to Peter and has two kids named Katie and Georgie. She left Heartland to go to college in New York in her youth.

After graduation, she started building a life in New York, but when her mother died, she decided to move back to the ranch to help out. Lou manages to save the ranch from financial difficulties. Afterward, she decided to stay at the ranch for good and build a life there. 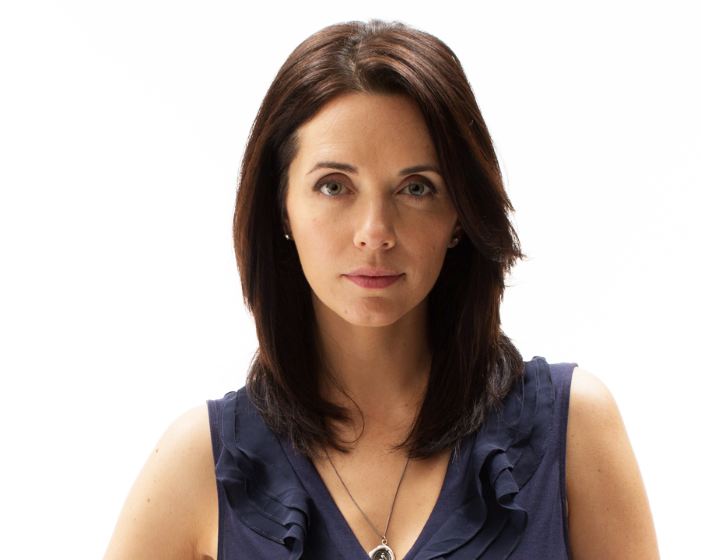 Chris is an actor, musician, and director. He is famous for his role as Tim Fleming on Heartland. Tim is the father of Lou and Amy and their half-sister, Shane Grenier. Heartland cast suffered from pain medication and alcohol addiction while recuperating from a rodeo accident earlier in his life.

Jack kicks him out of Heartland, and so he gets a job at Big River Ranch, which he later purchases. Tim also worked on oil rigs, where he met the mother of Shane, his other daughter. Tim and Jack never got along, especially after he and Marion divorced. 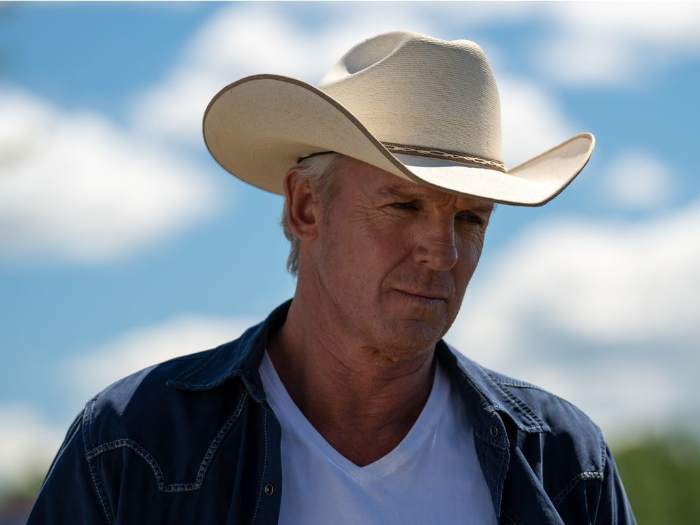 Graham Wardle is a photographer, author, and actor famous for his role as Ty Borden on the series Heartland. His character, Tyler or Ty Borden, is a ranch hand and is the husband of Amy Fleming.

He started working at Heartland when he was a teenager after getting out of juvenile prison. Ty had a troubled youth and was imprisoned for attacking his stepfather, who was assaulting his mother.

After getting out of prison, he was sent to work at Heartland as part of his probation. 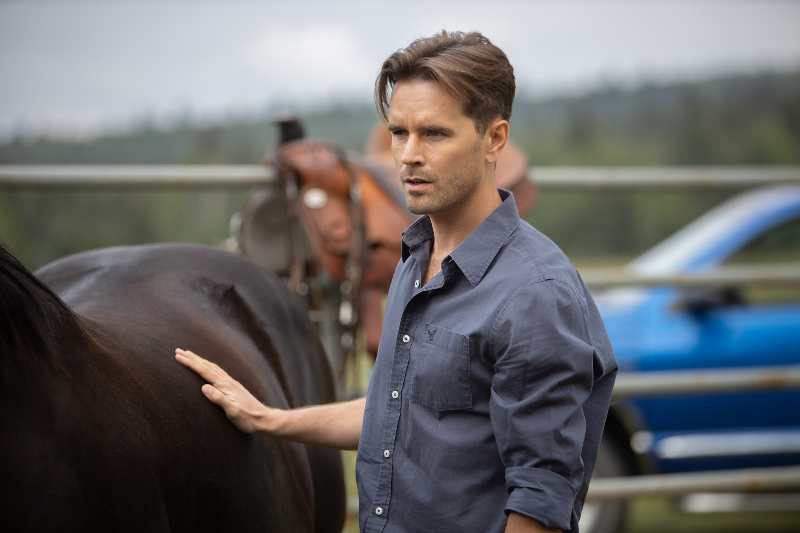 Alisha Newton is the young actress who plays the role of Georgie Fleming Morris. She is an equestrian in real life, so she loves horses like her character on Heartland. Her character Georgie is the child of Matthew and Mary Crawley.

Sadly, her parents were killed in a car crash when she was three years old. After becoming an orphan, she was placed in foster care, but she always ran away from her foster homes.

Eventually, she finds her way to Heartland, where Jack discovers her hiding in the barn. Jack decides to be her foster parent, but he is not eligible, so Lou and her husband apply to become Georgie’s foster parents.

Later on, the couple adopts her, becoming part of the family. She has a biological brother named Jeff Crawley. 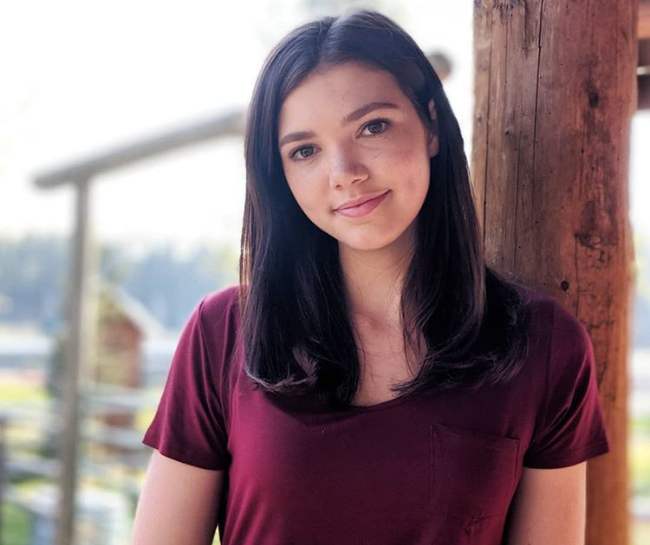 Caleb is a ranch hand at Heartland who was also in a relationship with Amy in the past. He and Ty Borden used to have a rivalry for the affection of Amy, but eventually, they became good friends. Ty is now married to Amy. On the other hand, Caleb is now married to Cassandra Fay, the veterinarian. They have a son named Carson. 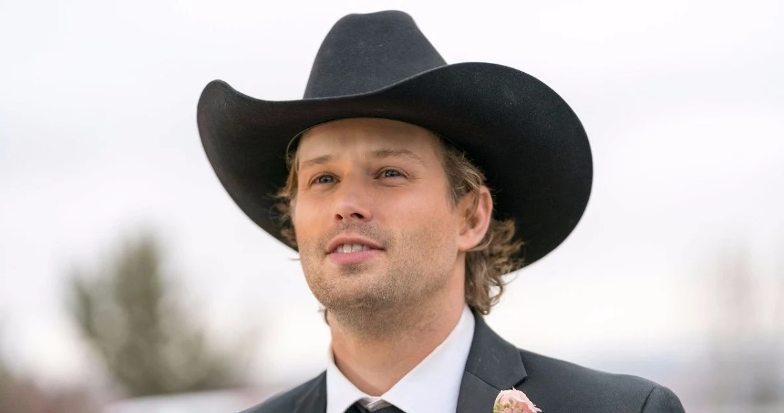 Jessica Steen is an actress and producer of Canadian origin. She plays the role of Lisa Stillman as Heartland cast, the owner of the thoroughbred breeding ranch named Fairfield Stables. Lisa is one of the illustrious members of the Hudson ranch community.

Her character first appeared in season one of the series. Heartland cast Lisa Stillman dated Jack Bartlett for several seasons until they finally married in season 8. The newlywed struggled at first since she was used to being a very dedicated career woman. She eventually learned to balance her family life as she became part of the Heartland family. 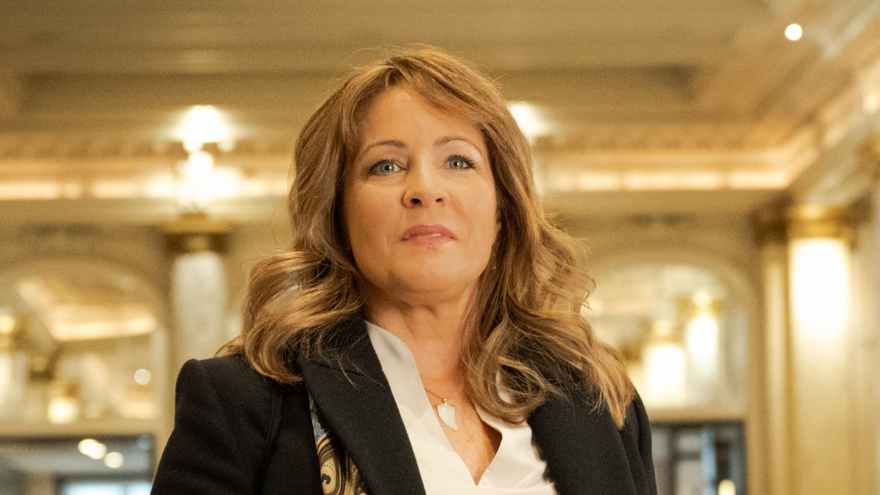 Gabriel Hogan plays the role of Peter Morris, the former husband of Lou Fleming. His character is also referred to as the Oil Guy. At first, the ranchers hate him for digging up their land for oil. After he marries Lou, the family begins to accept him. Peter first appeared in season two of the series.

He and Lou have a daughter named Katie, and they also adopted another daughter named Georgie. The couple eventually filed for divorce because Peter spent a lot of time traveling for business. His wife Lou felt that he barely had time for her and their kids. They have remained friends even after the divorce. 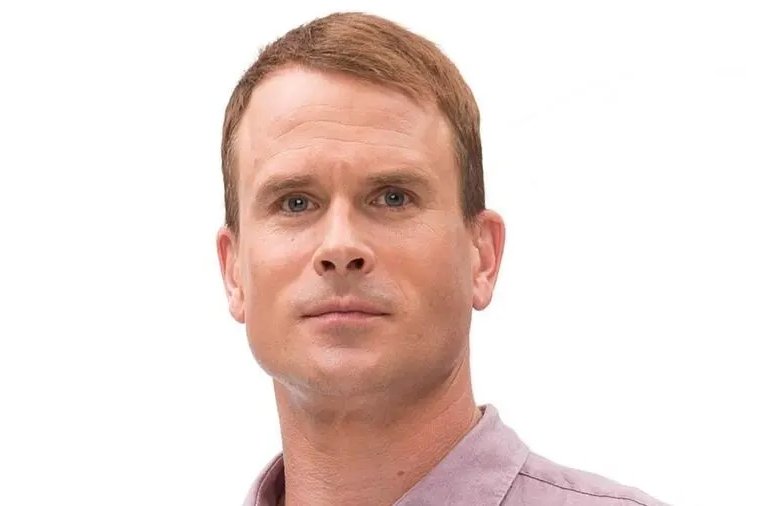 Emmanuella Spencer is a child actress who plays the role of Lyndy Borden. She shares the part with her real-life twin Ruby. Lyndy Marion Borden is the child of Amy Fleming and Ty Borden. She was named after her great-grandmother Lyndy Bartlett.

The daughter of Amy and Ty was born right on the barn loft of the Heartland Ranch. She never goes anywhere without her favorite blanket that she calls Lambie. It was given to her by her grandmother Lily. 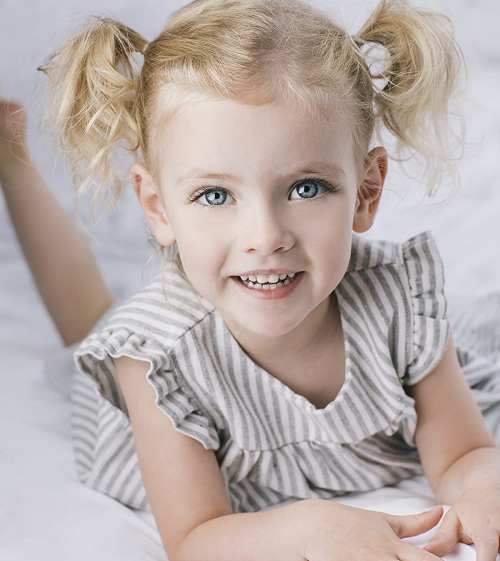 Ruby Spencer is the real-life twin of Emmanuella Spencer. Both of the child actors share the role of Lyndy Borden, the daughter of Amy Fleming and Ty Borden. The character first appeared in season 10 of the series Heartland. Lyndy Marion is named after her great-grandmother and her grandmother. Her grandparents are Caleb Odell and Cassandra Fay. 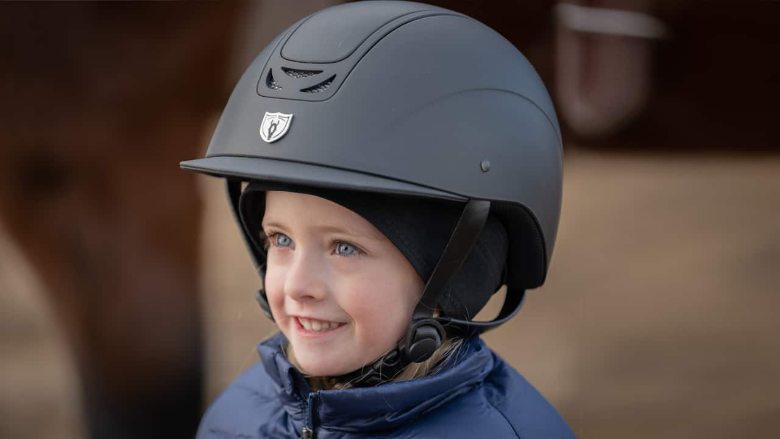 Kevin McGarry is an actor, writer, and director. He portrays the character of Mitch Cutty on Heartland. Mitch lives in a trailer at Dude Ranch. He was also a former love interest of Lou Fleming. They met online, but things fell apart after their disastrous first date.

Eventually, this Heartland cast runs into Jack and helps him round up some runaway horses. Jack offers him a job as a stable hand at Heartland. He movies his trailer to the ranch and settle in. After some time, he and Lou resume dating and become a couple. 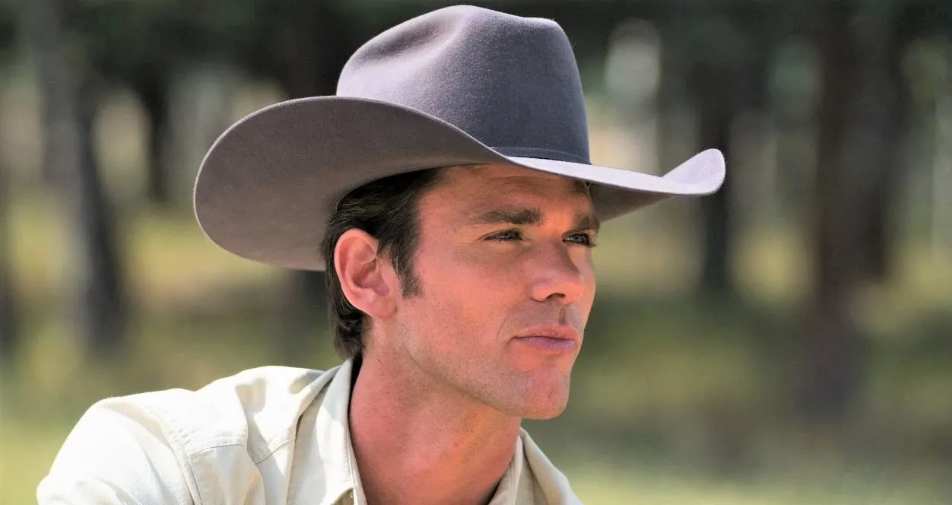 Madison Cheeatow plays the troubled youth Jade Virani on the Heartland series. She made her first appearance in season 7 of the series. In the beginning, her character got into a lot of trouble, but eventually, she could straighten out her life. Jade has begun working at Maggie’s Diner as a waitress.

In addition, she has also started learning about bronc riding at the rodeo school of Tim Fleming. She has set her goals on becoming a rodeo star. 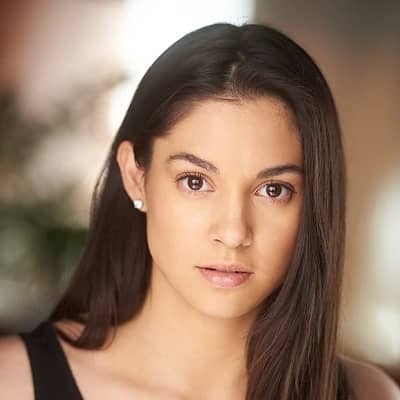 Jessica Amlee plays the character of Mallory Wells, the nosy neighbor of the Flemings. She is always at the ranch to help out or just gossip. Mallory is a close friend of Amy, and she is the one who pushes her to admit that she has a crush on Ty Borden. She is also the one who gives relationship advice to Ty and Amy. Her character provided quite a few laughs on the television series.

Jessica started playing the role of Mallory in season one of Heartland. However, in season 7, the actress decided to explore other television or movie opportunities. Her character was written off the show. Mallory left Heartland to relocate to Paris with Jake Anderson, her boyfriend. 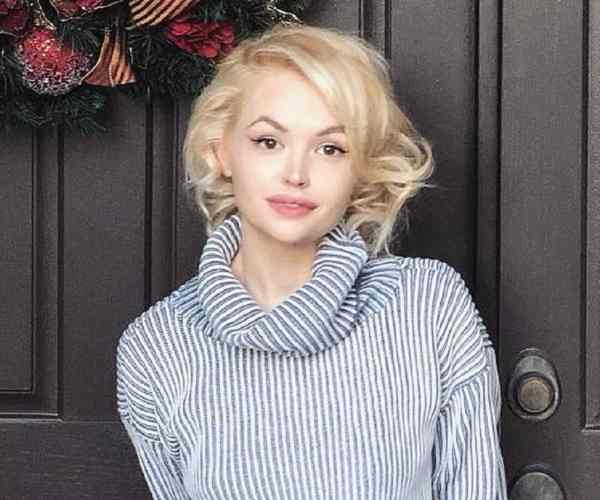 Nathaniel Arcand played the character of Scott Cardinal, the veterinarian of Heartland. Scott is also the childhood best friend and high school boyfriend of Lou. As a young boy, he lived on the streets but thankfully, Marion Fleming, the mother of Lou, rescued him. He started working at the ranch and eventually sent himself to college and got a degree as a veterinarian.

He continued working as the veterinarian of Heartland. Nathaniel has been part of the cast since season 1, but his character has made fewer appearances through the years. After season 11, his character was no longer seen on the series.

Scott’s character became less needed at the ranch since Ty Borden is now a capable veterinarian. There is still a possibility that the actor will be reprising his role in the coming seasons, but there is still no news of that for now. 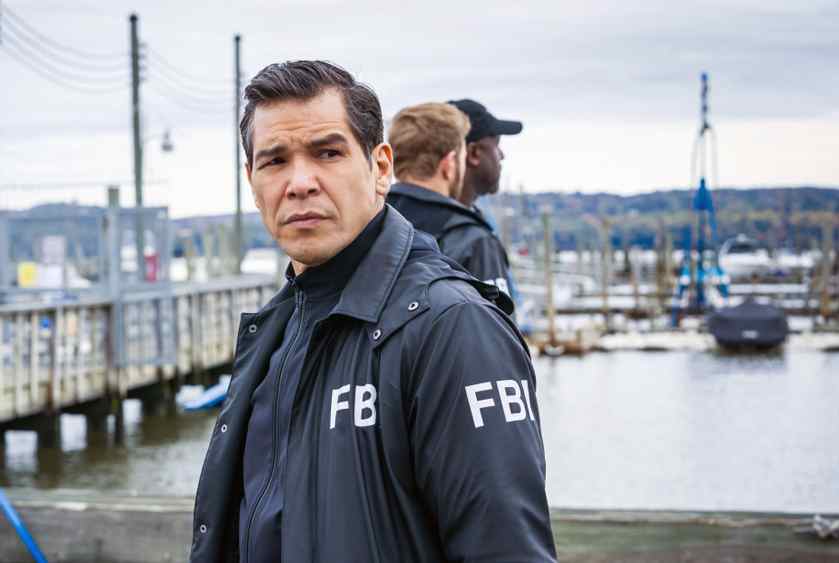 She was born right on the ranch and was delivered by her uncle Ty Borden with the help of her aunt Amy Fleming. Lisa Stillman is her godmother, who later became the wife of his great grandfather Jack Bartlett. Different child actresses have portrayed the child character through the years.

Julia played the role of Katie from season 8 to 11. Baye McPherson replaced her. The actors have been replaced several times as Katie was rapidly aged onscreen. 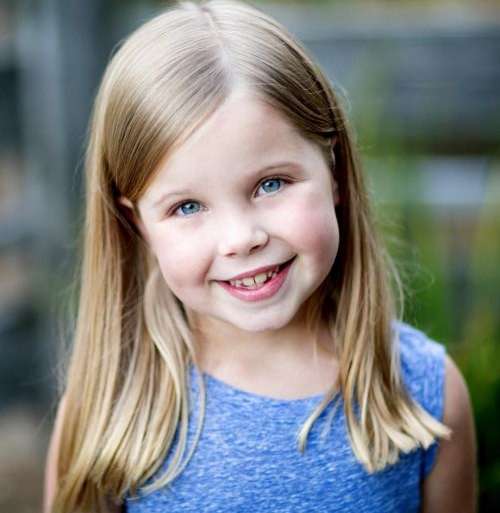 Cindy Busby is Ashley Stanton on the television series Heartland. She is the biggest rival of Amy Fleming in show jumping. Ashley comes from a wealthy family and is a spoiled brat. The mean equestrian is one of the most despised characters in the series.

However, she falls in love with Caleb Odell, the ranch hand at Heartland Ranch. It caused her to become more kindhearted and compassionate.

In season three, Caleb and Ashley elope, but sadly their relationship crumbles, and she heads off to attend Law School. Cindy played the role of Ashley from season 1 until her character’s last appearance in season 4. She made a brief appearance in season 7 of the series. 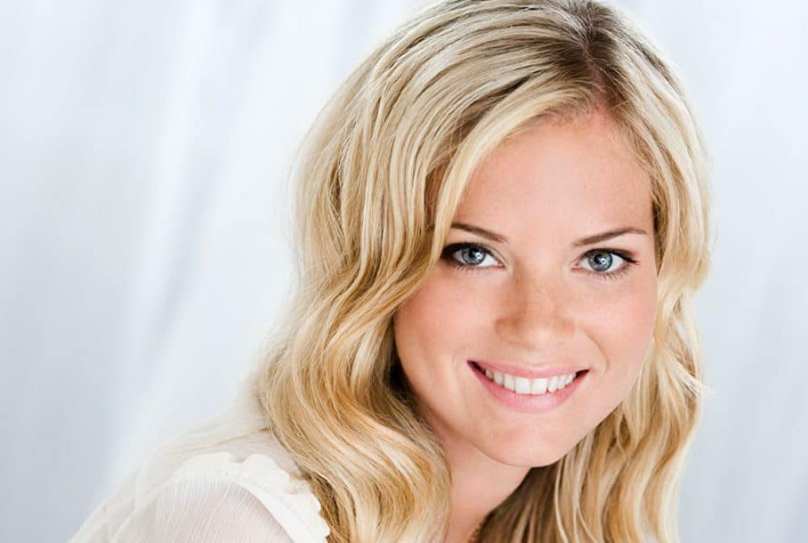 Greta Onieogou portrayed the role of Soraya Duval, the best friend of Amy Fleming. She works at Maggie’s Diner as a waitress. Her mom owns the diner.

She is the ever-supportive friend of Amy and has always been by her side. At one point, she travels to London for a visit, and that is where she meets her new boyfriend.

Greta first appeared on the series in 2007, on the very first season of Heartland. She made her last appearance in season 5 after her character moved to London to be with her boyfriend.

The actress returns in season 8 to make an appearance at the wedding of Amy and Ty. 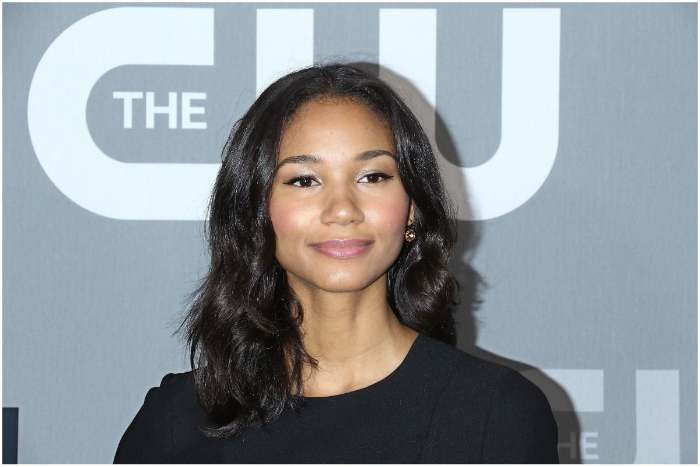 Wanda Cannon is Val Stanton, the mother of Ashley and Jesse. She is also the owner of Briar Ridge Stables, where they still use the traditional way of training horses.

Val has very high hopes for her daughter Ashley’s equestrian career, so she puts a lot of pressure on her. It caused her daughter to rebel against her. The character of Val disappears after season 4 and then returns in season 7.

It is revealed that Heartland Cast Val stayed in Florida while Ashley was in college. After season 7, she again disappears and returns in season 11. At that point, she gets involved in the training of Georgie.

She also seeks the help of Amy in healing her prized horse Flame. After that season, Wanda has stopped appearing on Heartland as Val Stanton.