Heartland is a show that can bring different emotions to any audience as it tackles a family’s relationship. The show consists of great actors who can make you cry or laugh, one of them being Michelle Morgan.

Michelle Morgan, a Chilean-Canadian actress, made the film industry fall in love with her looks and her talent. Michelle played Debra in the zombie film Diary of the Dead and is more known for her role as Lou Fleming of the hit Canadian family-comedy drama series Heartland.

With 15 years of experience in the acting and film industry, Morgan has also started producing and writing her own films. One film is Mi Madre, My Father, the first-ever film she directed.

Morgan is as responsible and loving as her character in Heartland regarding her family and her personality. Please take a brief look at Michelle’s life, including her net worth, age, and husband, Derek Tisdelle.

Michelle Morgan has shown outstanding professionalism as she gave justice to Lou Fleming’s character with her passion for film and acting. Morgan played the responsible and hardworking Samantha Louise “Lou” Fleming of Heartland.

Lou Fleming is the eldest daughter of Marion and Tim Fleming. She worked as a financial advisor for Strickland and Cooke in New York but returned home after Marion Flemings’ death.

Lou helped her family ranch’s financial problems too. The other characters often see Lou as controlling, following the fact that she is the family’s eldest daughter. Even though Lou has an evident controlling nature, she is still a responsible daughter and sister who helps out her family.

After returning home, Lou started running the Heartland Ranch and also started working as a waitress at Maggie’s Diner. In the series, Lou is a protective sister towards Amy, with whom she has a rocky relationship. Amy shows her disappointment towards Lou ever since she moved to New York. But despite that, Amy still somehow makes her sister feel that she does not want her to leave. 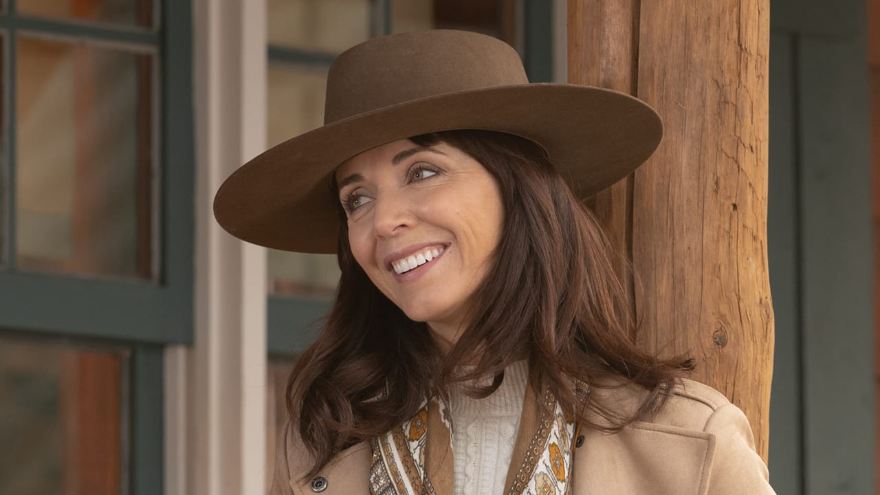 Michelle Morgan plays the role of Lou Fleming on Heartland

Lou Fleming had a romantic relationship with Carl. But their relationship soon sunk as deep as the titanic. The relationship ended after Carl used his proposal to Lou to get a job offer. After the devastating encounter, Lou went on to have a few more romances before settling with Peter.

Michelle Morgan started her acting career in 1999 and has now been working as an actress, producer, and writer for more than 20 years. She now has a net worth size of 2 Million dollars.

Until today, Michelle continues to be part of different TV dramas. And she has also allotted most of her time to practice her craft as a producer and a writer. There is still a possibility that her net worth size will grow over the years. 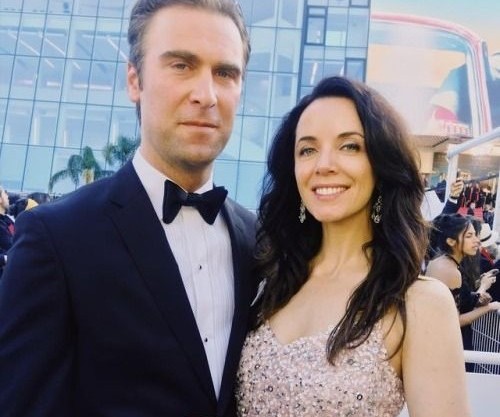 On July 16, 1981, Michelle Morgan was born in Calgary, Canada, making her 40 years old as of 2021. She grew up in Toronto and Vancouver with her five siblings. She studied at the University of Toronto, taking up Theatre and Classical Literature as a student.

Michelle Morgan and her husband Derek Tisdelle and Kids

Michelle Morgan and Derek Tisdelle got married on June 30, 2012. The duo’s relationship was kept private before getting married. The couple is blissfully overwhelmed with their two adorable children. 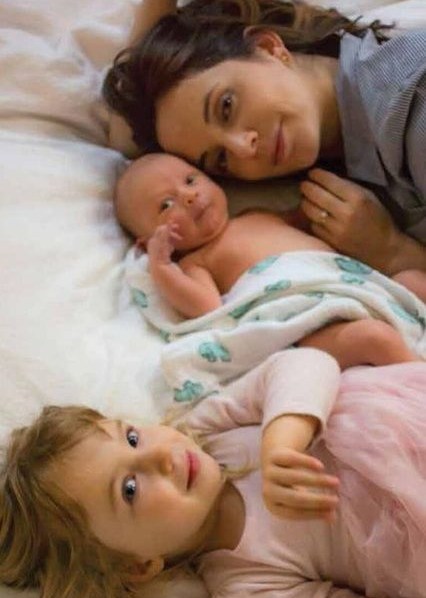 Michelle Morgan with her children, Mara Carmen and Noah Santiago

The biography of Michelle Morgan’s husband, Derek Tisdelle, is not entirely known to the public media. But according to some sources, he is a producer of short films, and he is also an investor.